HubStor is a SaaS cloud data platform that unifies backup and archive as a service, helping organizations protect their data, simplify their IT infrastructure, and achieve compliance. 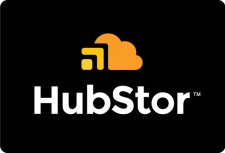 KANATA, ON, March 6, 2017 (Newswire.com) - ​HubStor Inc., the market’s first data-aware hybrid cloud storage solution, today announced that City Year, an education non-profit dedicated to helping students and schools succeed, runs HubStor to migrate and archive its IT legacy on-premises file servers as part of the organization’s transition to a cloud-only IT model.

City Year uses OneDrive for Business and SharePoint in Office 365 for active data and collaboration, and they wished to avoid cluttering these productivity spaces with legacy data. Moreover, they needed a better solution than simply running their file servers in the cloud. Instead, they wanted a cloud archive that would preserve the data while offering City Year staff and members convenient and secure self-service access to their data with built-in file analytics and data governance controls that enable IT administrators to classify and manage the information.

"The transition to HubStor has helped our organization meet its IT goals for the cloud while reducing costs as we decommissioned old hardware across the organization. This makes it easier for staff to focus their energy into what matters most - helping the organization better serve students and schools across the country."

“The transition to HubStor has helped our organization meet its IT goals for the cloud while reducing costs as we decommissioned old hardware across the organization,” said Welles Hatch, Chief Information Officer, City Year, Inc. “This makes it easier for staff to focus their energy into what matters most – helping the organization better serve students and schools across the country.”

City Year temporarily used HubStor’s invisible storage tiering to seamlessly ghost the cloud-captured content from the cloud seeding phase. Using HubStor’s activity auditing, the IT team monitored user activity against the cloud-archived content to see if any of the seamlessly tiered data had high-levels of retrieval activity. After verifying the data to be suitable for archiving, a cloud-only policy ran in HubStor’s cloud gateway to automatically cleanse the remaining data from the on-premises file servers. City Year then decommissioned the old hardware.

In the Cloud, HubStor wraps City Year’s archived content with analytics, auditing, and a near real-time policy engine, giving the IT team the insight to better serve City Year’s users and meet its mission. Through deduplication and compression in HubStor, City Year’s content is reduced to half of its original size in the cloud.

HubStor helps organizations leverage the cloud to transform their storage, archiving, search, and data protection processes in order to reduce costs and improve the security of mission-critical data assets. HubStor provides the world’s first and only data-aware hybrid cloud storage and archive solution which it makes available in a transparent pricing model without contractual or technical lock-in.

HubStor currently serves clients, large and small, across a variety of industries in the United States, Europe, and Canada. HubStor is a Microsoft partner and a member of the Microsoft Enterprise Cloud Alliance, and was recently selected by CIOReview as a ’20 Most Promising Azure Solution Provider in 2016.’

Get notified about new releases.